The 8th March is now synonymous with International Women’s Day; a global, annual celebration of women and their social, economic, cultural and political achievements. It’s also an opportunity to raise awareness of the gender pay gap that currently exists and to lobby for accelerated parity.

One of the key themes for 2021 is #ChooseToChallenge, which encourages us all as individuals to call out any gender bias and inequality that we come across so that collectively, we make a difference.

As a company with two female directors at the helm, we are passionate advocates for women in the workplace and want to play our part in ensuring women are empowered to reach their full potential, whether that’s by more women reaching board level, by encouraging more women to set up in business on their own or by better representation in male-dominated sectors such as Construction and STEM industries.

Ambitions’ Director, Mandy Watson, reflects on her experience as a woman in business “Times have changed notably since I first set up Ambitions in 1990. I remember attending a meeting in the early days where a male businessman told me that as a Southerner and a female, I wouldn’t survive in Lincolnshire. It’s quite incredible to imagine anyone making those comments by today’s standards”

Quite clearly, 31 successful years’ later, Mandy, along with her sister and co-Director, Claire, have most definitely proved him wrong!

Since the inception of a day to celebrate women over a century ago, times have changed for the better. However, there’s still plenty of work to do before equality is truly achieved and it’s a responsibility that falls on all of us to do our bit so that this momentum continues and opportunities open up for more and more women in the UK and around the world.

THE IMPORTANCE OF IWD IN NUMBERS

AND THE GOOD NEWS! 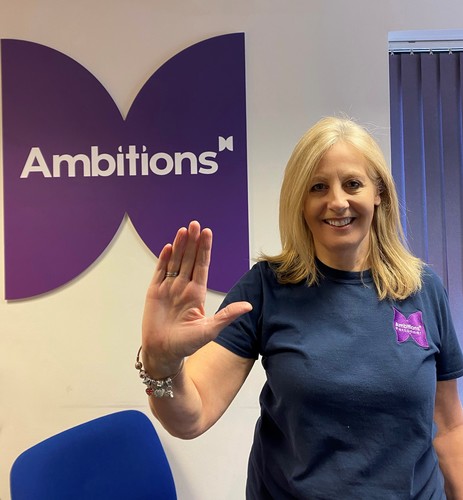